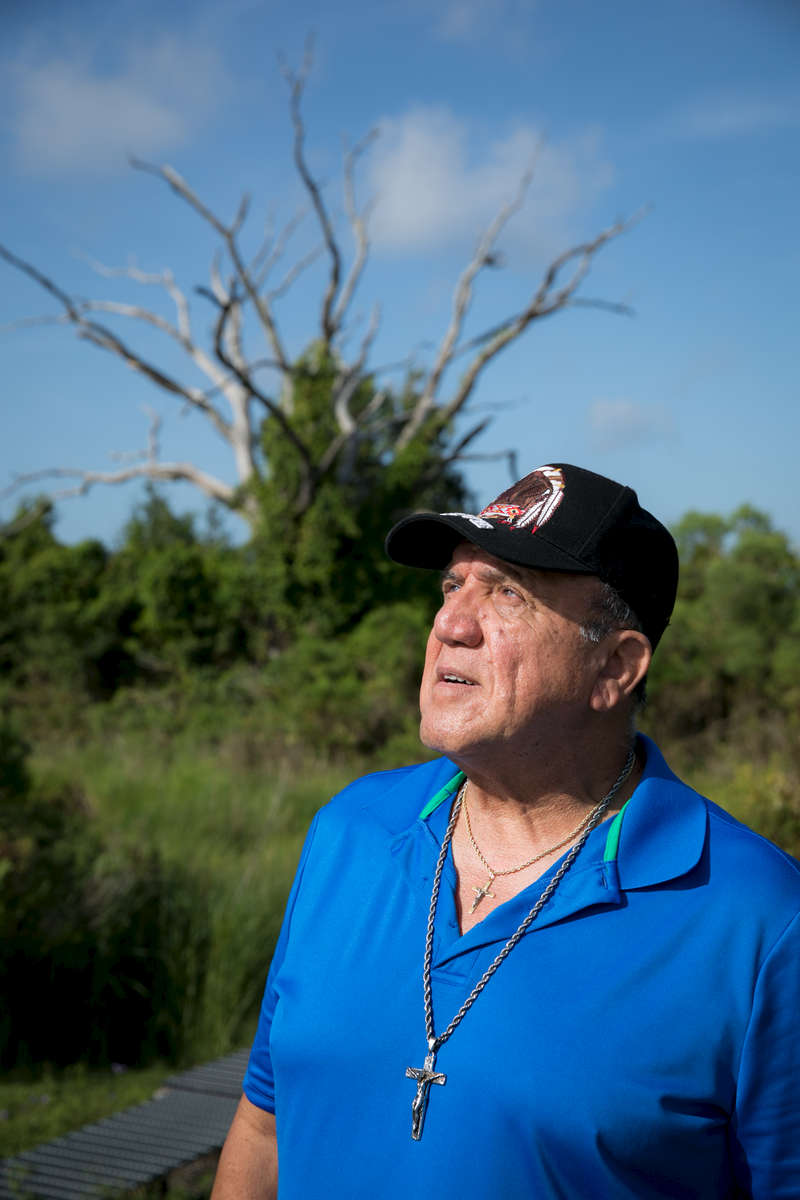 Albert Naquin, chief of the Isle de Jean Charles tribe, is a Vietnam veteran and retired oil field inspector for the federal government. He is well aware that his island’s embattled ecology is part of a larger pattern of peril that extends far beyond Louisiana.

Islanders call stumps from the ruined woodland “ghost trees,” which points to the way that the natural history of the island continues to resonate with residents even when touchstones of the local geography have disappeared.

Slipping Into the Sea

Isle de Jean Charles along the coast of Louisiana has lost 98 percent of its land since the 1950s. Its residents— members of the Biloxi-Chitimacha-Choctaw tribe of Native Americans—find a way to survive as they forge a model for other coastal communities facing similar existential threats.